Supporting the fashion industry in Bulgaria 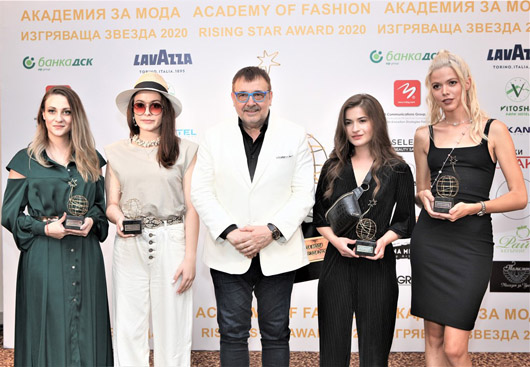 At a glamorous ceremony, the four most promising young designers were awarded

For the first time ever, the Academy of Fashion, with chairman Prof. Lubomir Stoykov, presented the award “Rising Star 2020” with a glamorous ceremony at Vitosha Park Hotel. During the traditional summer event Summer Fashion, four of the most promising young designers of the year were awarded – Kristina Kolodeeva, Marieta Kotova, Hristiana Mutafchieva and Stamena Konstantinova. Host was the charming singer and actress Marina Kiskinova. 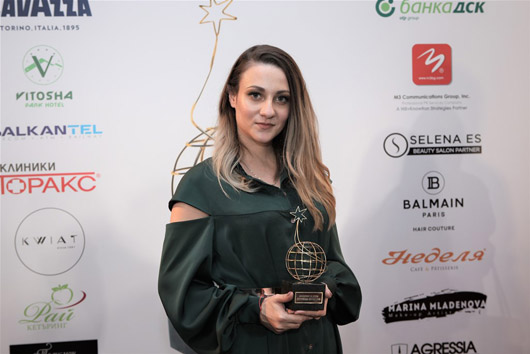 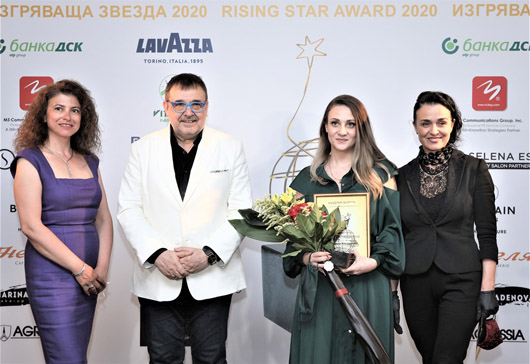 In his speech at the opening of the evening, Professor Stoykov said: “Rising Star” is aimed at the young generation, the most promising young fashion designers, fashion design students and young fashion artists. To those who, with their energy, aspiration and originality, respond to the message, the statuette is the work of Angelo Krassini: to shine with your own light and to overcome even the strongest gravity on the path of quality realization. The Academy of Fashion is convinced that with this award it will motivate young designers to continue their professional performances in Bulgaria – in fashion as art and in the fashion business and industry. Mature designers – winners of the “Golden Needle” will present one of their works tonight, but let the brilliance of the “Golden Needle” give way – albeit symbolically, to the brilliance of the “Rising Star”, because it is worth it and the young really deserve it! “.

The winners received the statuette “Rising Star” – the work of the iconic Bulgarian jeweler Angelo Krassini. The award ceremony was attended by Miroslava Ivanova – Head of Marketing and Communications at DSK Bank, Mila Zaharieva – President of Business Lady Club Exclusive, Maxim Behar – CEO of M3 Communications Group, Teodora Spasova – two-time winner of the Golden Needle and designer of fashion brand “Minoar”, Assoc. Prof. Dr. Yana Kostadinova, Head of the Department of Fashion at the National Academy of Art and Prof. Lubomir Stoykov. Each of the winners also received a certificate from the Academy of Fashion, presented by its president, glasses from KWIAT and a bouquet from the flower boutique “Talisman”. 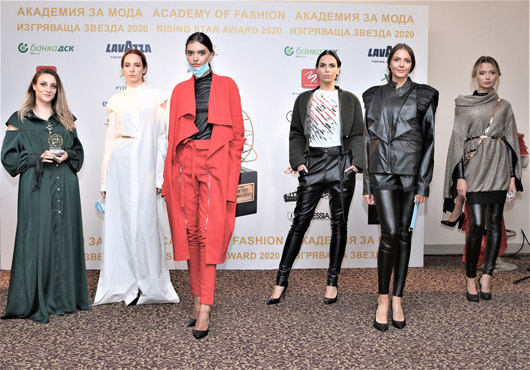 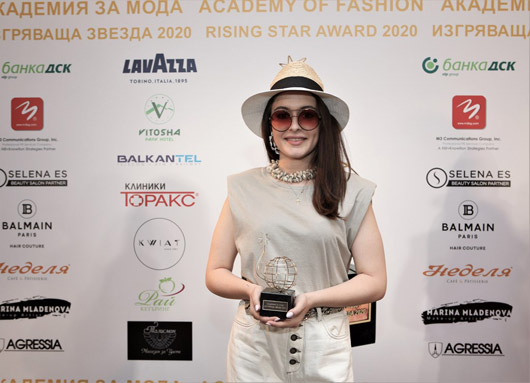 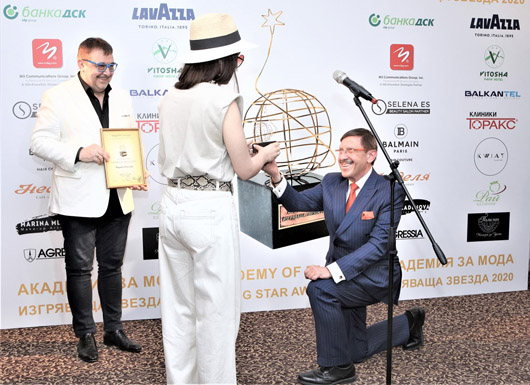 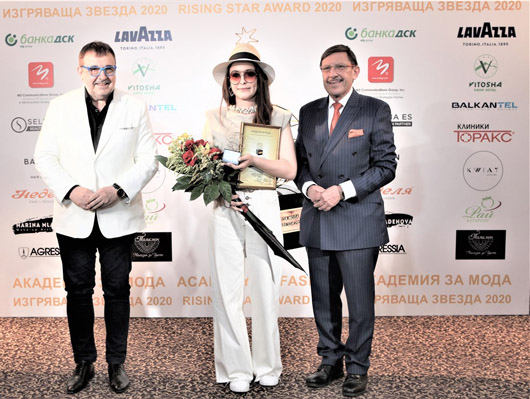 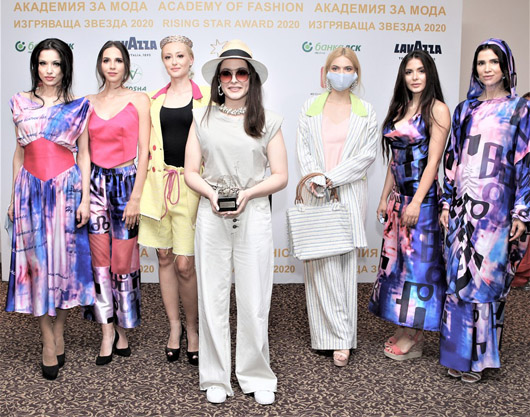 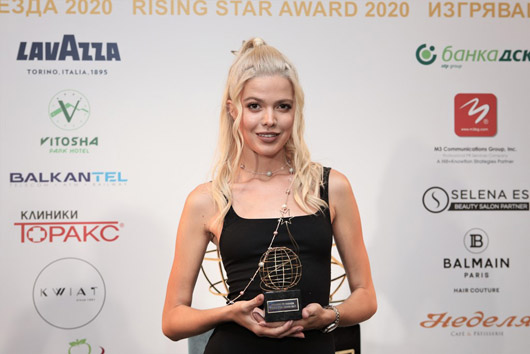 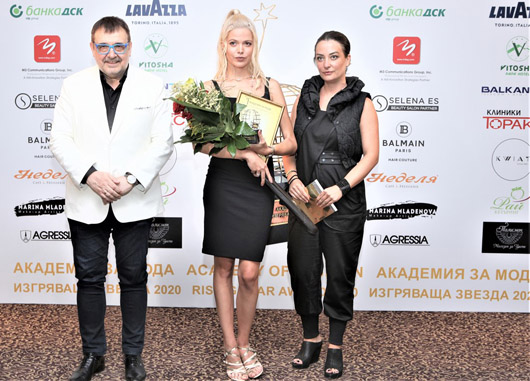 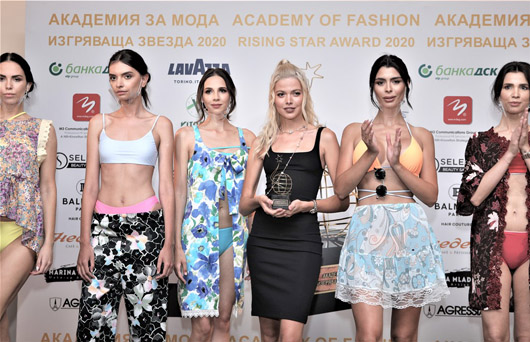 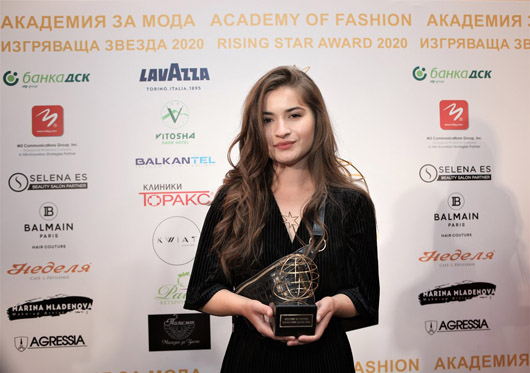 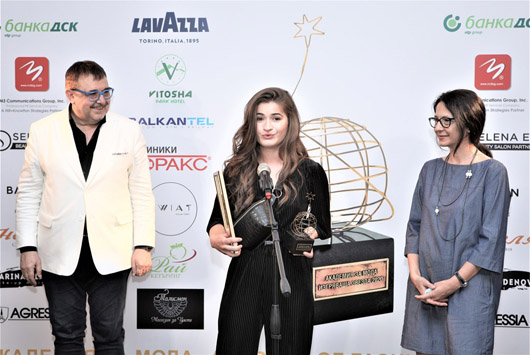 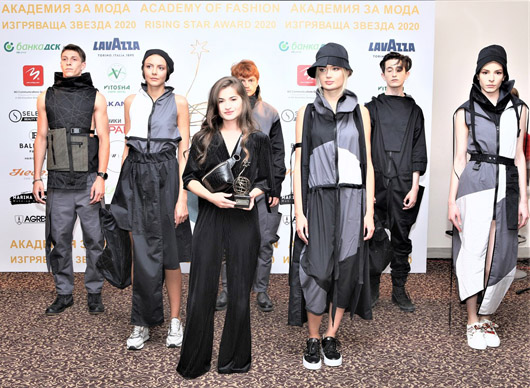 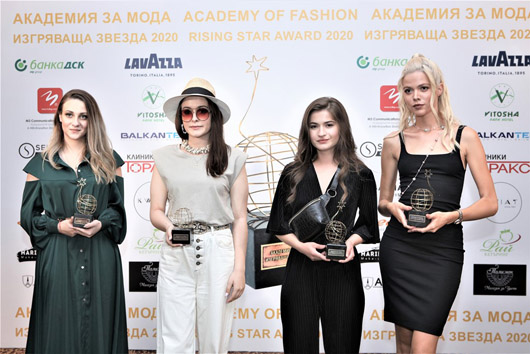 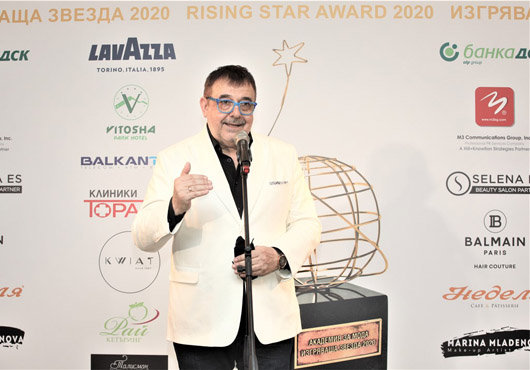 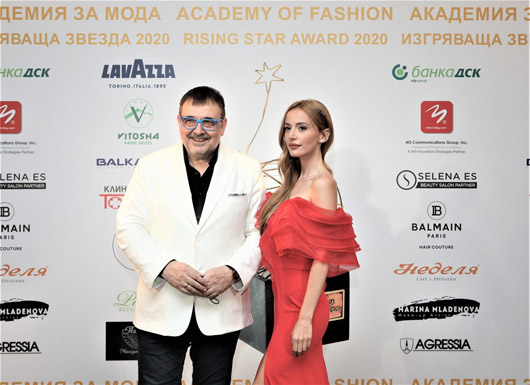 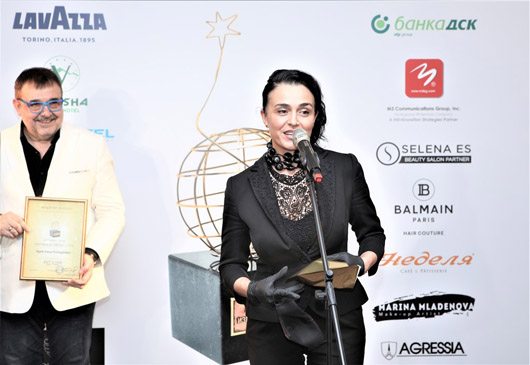 After the official ceremony, the awarded young artists had their individual performance with collections selected especially for the gala fashion show at the first annual awards of the Rising Star 2020 by the Academy of Fashion. At the invitation of Prof. Lubomir Stoykov, the most recent proposals were presented by the winners of the Golden Needle award, among whom were Assoc. Prof. Yordanka Chernaeva, Jana Jekova, Evgenia Jivkova, Maria Micheva, Svetoslav Kolchagov, Mariela Gemisheva, Ina Assa, Teodora Spasova , Albena Alexandrova, Nikolay Bozhilov, Elena Zlateva and Dilyana Mateeva. The guests also enjoyed the summer offers of the designers of wedding boutique “Allegra” – Radostina Ilieva and Galya Dolapchieva, the winner of the “Golden Needle” for fashion innovation Axel Hardy, the Italian fashion brand “La Hainde Inside Us” with a representative for Bulgaria Iskra Stefanova, designer Sara Sweidan and fashion house “Paloma Fashion” with designer Polya Kinova – winner of the “Golden Needle” for bridal fashion.

During the event, all anti-epidemic measures were observed – all the time the guests and participants were wearing protective masks and were at a safe distance, and in front of the hall there was a medical team and an ambulance from TORAX clinics. Among those present who attended the event were Miroslav Pechev, Angelo Krassini, Yana Sredkova, Silvia Jagarova, Assoc. Prof. Dr. Hodor Fakih, Assoc. Prof. Dr. Kristina Savova, Tsveti Radoycheva, Ana Stefanova, Rositsa Stoycheva and others. The host Marina Kiskinova took care of their good mood, greeting everyone with her latest single “Good thing it was you “, “One for another” and “Shape of you”. 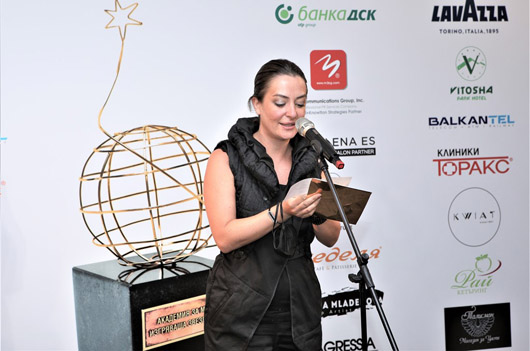 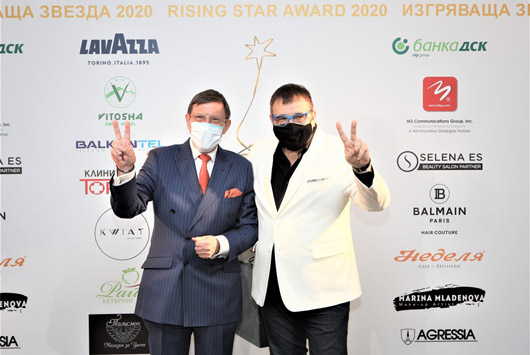 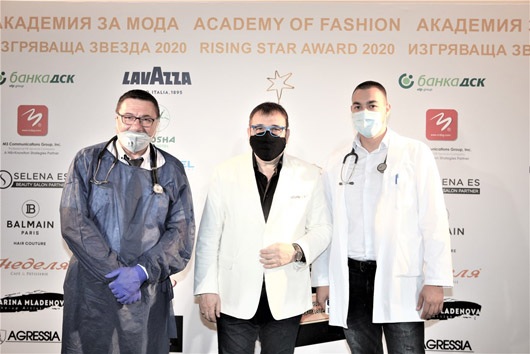 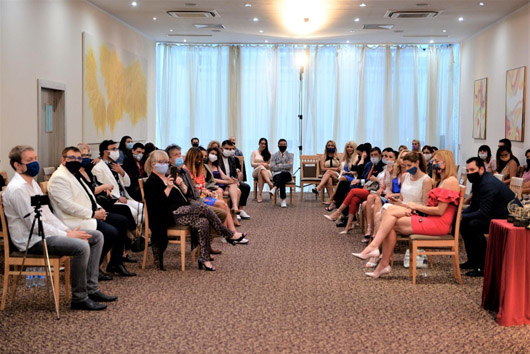 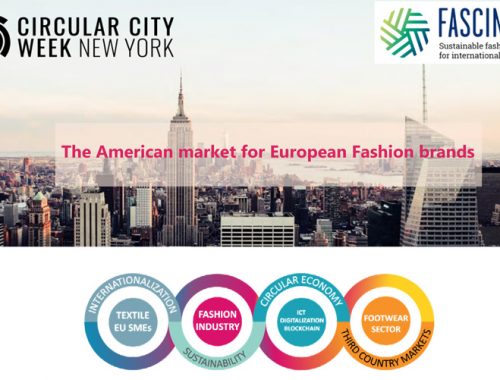 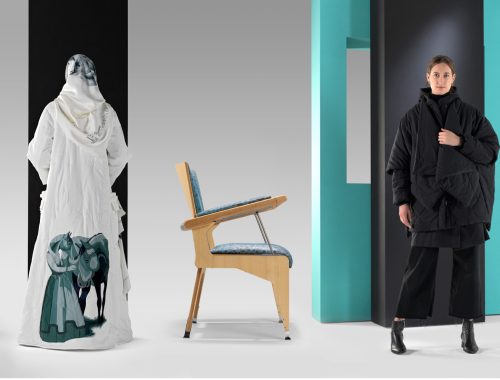 Aply at WORTH PARTNERSHIP PROJECT 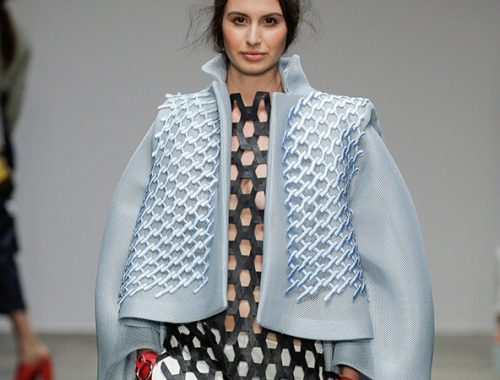 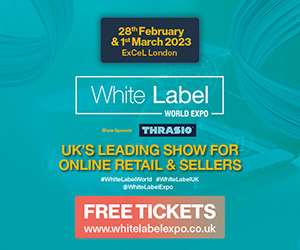 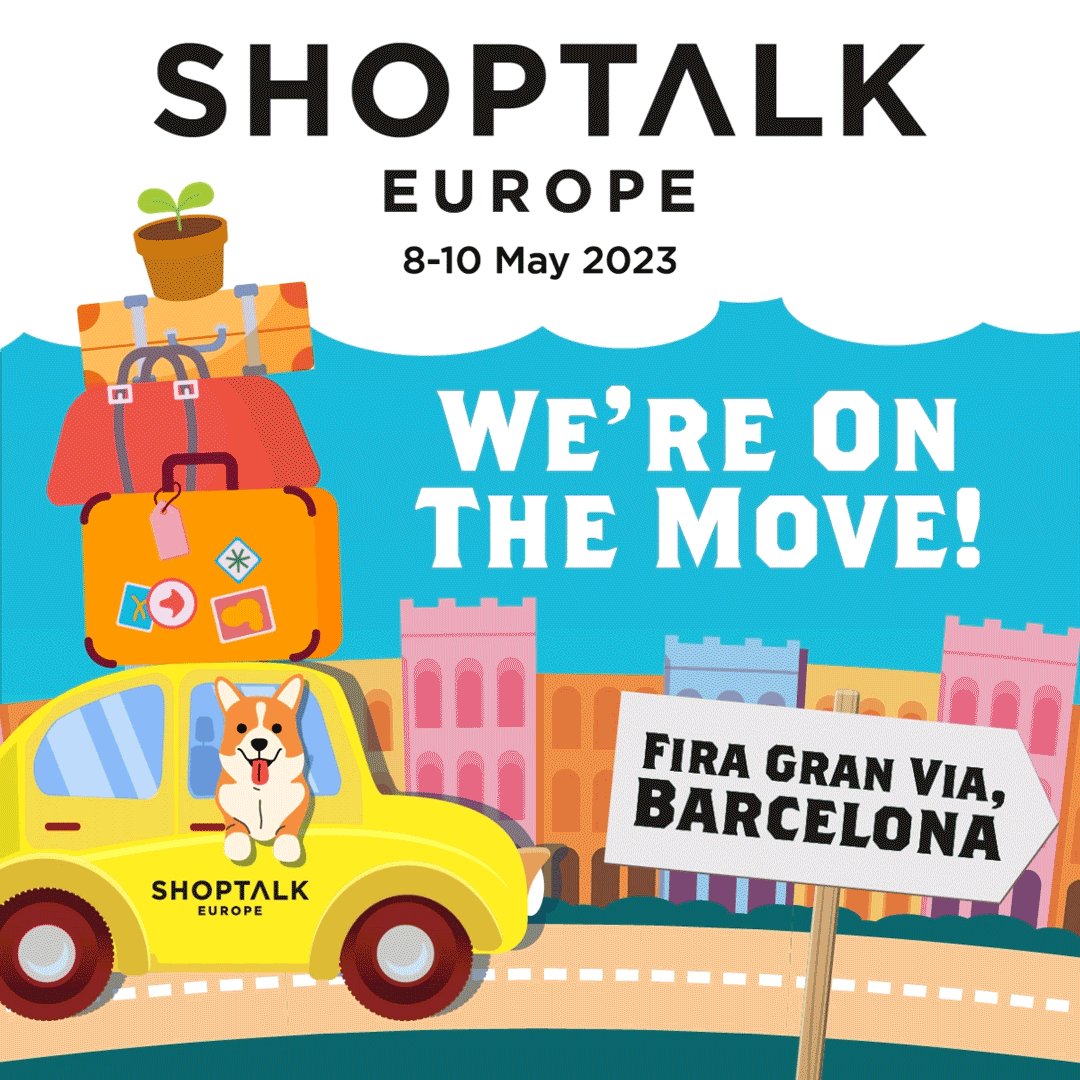